How does our brain react when we explore something new? 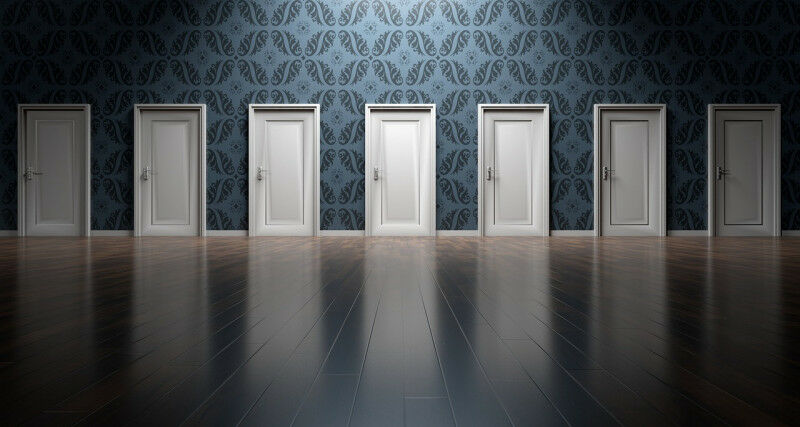 Which restaurant to choose? What book to buy? What to do this weekend ? Answering these questions requires exploring one’s environment in search of relevant information. © Pixabay

In a constantly changing world, making good decisions requires the ability to explore different strategies and to identify the one that will be the most appropriate. Research conducted by a team of neuroscientists from Inserm and CNRS at the École Normale Supérieure - PSL, in collaboration with Harvard University (USA), has made it possible to characterize this cognitive process by recording the tiny changes in the magnetic field emitted by the activity of the human brain. According to the results of this study, exploring ourenvironment, or trying a new strategy, is accompanied by a sustained increase in attention that is manifested in the peripheral nervous system. This work is published in the journal eLife .

Which restaurant to go to tonight - Which book to buy - What to do this weekend - Answering these questions, as well as thousands of others, requires exploring one’s environment in search of relevant information - whether it be restaurant reviews, literary opinions or weather reports. In research laboratories, the study of behavioral [1] and brain markers of this type of exploration is not new. However, the experimental protocols used today do not allow the isolation of specific markers of exploration, as they are usually masked by those of other cognitive processes associated with it.

Indeed, we begin to explore our environment when our usual strategies don’t work as well as they used to - either because we’ve grown tired of our usual restaurant, or because the weekend weather has changed. But exploration also coincides with a change in behavior. It is therefore difficult to determine whether the markers of exploration described in previous studies are really specific to exploration itself, or whether they are characteristic of other processes related to behavioral change that occur at the same time.

To address this problem, the researchers developed a new experimental protocol that allowed them to dissociate for the first time exploration from other cognitive processes. How - By comparing two conditions that were identical in every respect, except for the possibility of exploring one’s environment: the first condition allowed free exploration, while the second condition only allowed observation of the same environment - without the possibility of exploration this time.

Description of the protocol

In this protocol, the two conditions took the form of card games, of perfectly identical difficulty from a statistical point of view. In both conditions, packs of colored cards were placed in front of the volunteers. Each pack contained cards of different colors, in different proportions.

In the first (exploration) condition, volunteers had to draw cards themselves from the available packs, with the possibility of changing packs with each new card, and were instructed to draw as many cards of a "target" color as possible.

In the second condition (observation), the same volunteers did not have the opportunity to explore the available packs themselves, since the cards were drawn by the experimenter, without being able to identify the pack from which they had been drawn. They were instructed to guess it.

" Agentivity, i.e. the ability to explore one’s environment, and more generally to modify it, is an essential dimension but unfortunately largely ignored by decision theories ", explains Valérian Chambon. " By manipulating the agentivity of the volunteers tested with our protocol, we have shown that exploration is associated with a particularly high level of perceived uncertainty, as well as a willingness to try new strategies even if they do not initially work very well," continues Marion Rouault, the first author of the article and recently recruited as a CNRS research fellow at the École normale supérieure - PSL.

Magnetoencephalography (MEG) recordings, whose sub-second temporal resolution is much better than that of magnetic resonance imaging (MRI), have shown that exploration is preceded by a particularly marked suppression of brain waves in the alpha band, a well-known effect of attention. And that’s not all.

" By measuring the pupillary dilation of the volunteers tested as well as their cardiac activity, we also observed that exploration is associated with a prolonged pupillary response over time, as well as a delay in the heartbeat when exploration is triggered," adds Marion Rouault.

These results indicate that exploration is accompanied by a sustained increase in attention that is manifested in the peripheral nervous system.

Obsessive-compulsive disorder is characterized by behavioral disorders in situations of uncertainty, but the origin of these disorders is still poorly understood," says Valentin Wyart. Our experimental protocol could explain some of these disorders by a specific deficit in exploration, and not by a general deficit in decision making as is often the case," he concludes.