© Etienne FABRE  SSAC. Measurements for the 3D magnetic study in the Bruniquel Cave.

Deep inside Bruniquel Cave, in the Tarn et Garonne region of southwestern France, a set of man-made structures1 336 meters from the entrance was recently dated as being approximately 176,500 years old. This discovery indicates that humans began occupying caves much earlier than previously thought: until now the oldest formally proven cave use dated back only 38,000 years (Chauvet). It also ranks the Bruniquel structures among the very first in human history. In addition, traces of fire show that the early Neanderthals, well before Homo sapiens, knew how to use fire to circulate in enclosed spaces far from daylight. The research Sophie Verheyden from the Royal Belgian Institute of Natural Sciences (RBINS) and Dominique Genty of the CNRS, with logistical support from the Société Spéléo-Archéologique de Caussade under president Michel Soulier and the backing of the French Ministry of Culture and Communication.

1 Comprising approximately 400 stalagmites, or elements from the stalagmitic floor, most of them cut into sections, arranged in two more or less circular shapes and four other accumulations.
2 Places where bears settle in for the winter, in order to hibernate under stable thermal conditions.
3 Led by François Rouzaud, at the time chief heritage curator of the DRAC Midi Pyrénées, and Michel Soulier, president of the Société Spéléo-Archéologique de Caussade.
4 From 45,000 to 12,000 years ago.
5 The known Neanderthal fossils are between 40,000 and 250,000 years old. 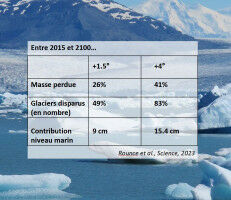 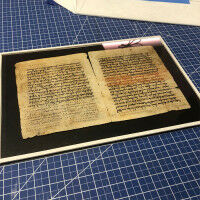