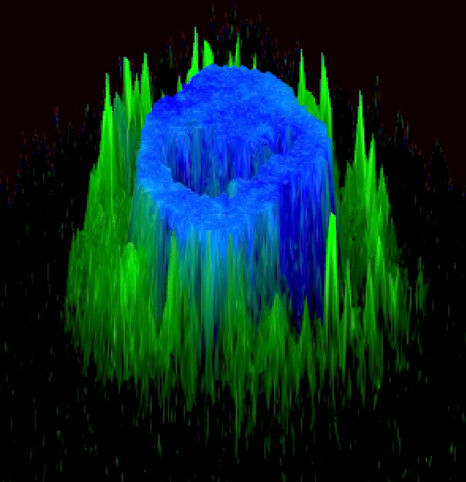 Monoclonal antibody therapy can be very effective in treating numerous illnesses, such as cancers, chronic inflammatory conditions, and infectious diseases. However, it is costly and uses molecules that are complicated to produce. Therefore, it is essential to identify new therapeutic alternatives so that as many patients as possible get the treatments they need. That is why researchers from Inserm, Université de Paris, Sorbonne Université and CNRS1 have designed and tested a new immunotherapy approach that uses pre-existing antibodies directed against the Epstein-Barr virus - part of the herpes family of viruses and present in over 95% of the world’s population - in order to target and destroy pathogenic (disease-causing) cells. Their findings have recently been published in a study in Science Advances.

The principle is to redirect a pre-existing immune response against the Epstein-Barr virus (EBV) to target cells that we wish to destroy. The Epstein-Barr virus - which belongs to the family of herpes viruses - is transmitted predominantly through saliva, and over 95% of the world’s population is infected with it.

The vast majority of people have no symptoms, and the virus has the ability to persist chronically in infected individuals under the effective control of the immune system. As a result, EBV antibodies circulate in these people throughout their lives.

Developing a therapeutic tool based on the recruitment of these pre-existing EBV antibodies is of major interest in redirecting this immune response against target cells that are predefined according to the disease in question. This immunotherapy may be applicable in a very large number of patients due to the presence of EBV antibodies in almost everyone.

The BMFPs were then engineered to target an antigen expressed on the surface of tumor cells and were tested in an animal model of cancer. The results are promising because the treatment led to a significant increase in survival as well as the complete remission of cancer in some animals.

"These results position BMFPs as novel therapeutic molecules that may be useful in the treatment of multiple diseases. It is a highly versatile system, since it is easy to change the binding module and as such the antigen targeted in order to adapt the treatment to many diseases, in oncology, infectious diseases, and also autoimmune conditions,” explains Arnaud Chêne, Inserm Research Officer and last author of the study.

"BMFPs are much easier and faster to produce than whole monoclonal antibodies and do not require the use of sophisticated engineering to optimize their functions, thereby reducing costs and opening up access to a broader spectrum of patients,” adds Jean-Luc Teillaud, Emeritus Research Director at Inserm.

"Pending clinical trials in a variety of diseases ranging from cancer to malaria, the technology has already led to the filing of two patents.” explains Benoît Gamain, Research Director at CNRS.

Inserm and CNRS to Lead Large-Scale Program on Psychiatry Research - 18.07

Towards a New Drug Class in the Treatment of Type 2 Diabetes - 13.07
Related Stories
Pharmacology
The faculty of pharmacy of Marseille celebrates its 50th anniversary - 20.06
Increased Ischemic Stroke Risk Associated with Certain Medications for Nausea and Vomiting - 24.03
This site uses cookies and analysis tools to improve the usability of the site. More information. |