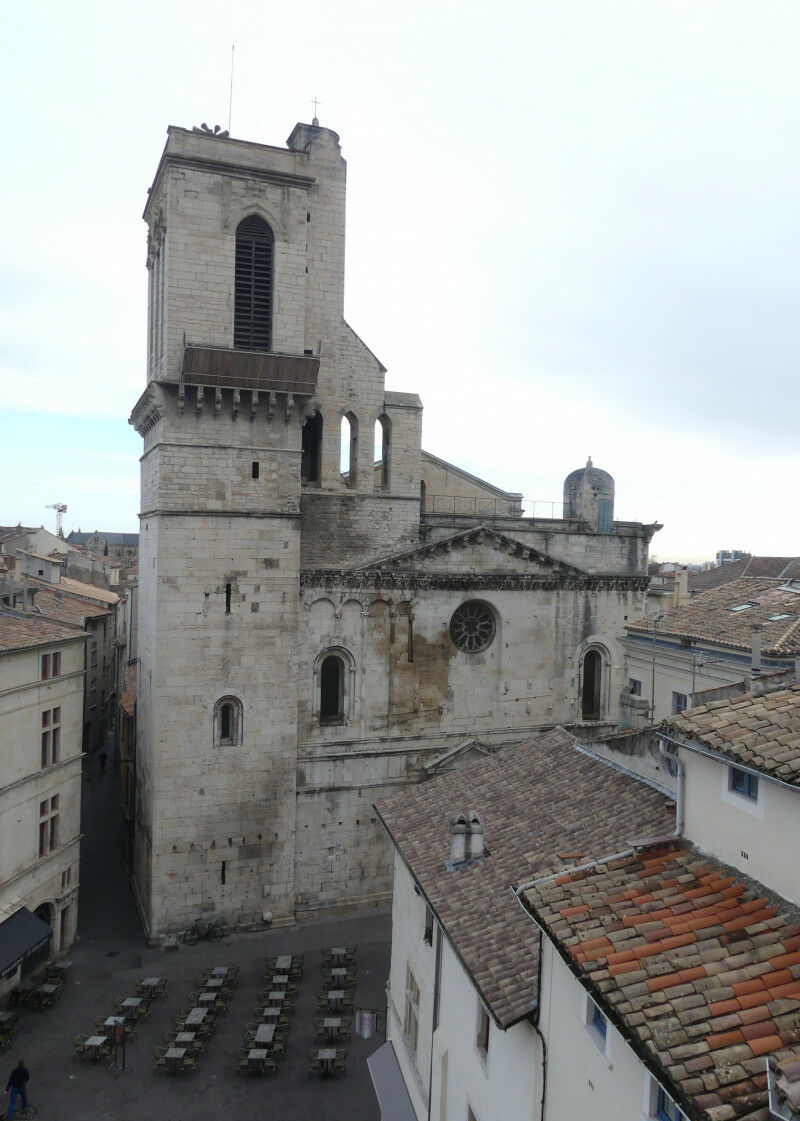 View of the bell tower and the facade of the cathedral of Nîmes. Marie Rochette, Inrap

Since the beginning of 2022, a study of the archaeology of the building led by the Inrap is engaged on the bell tower and the western facade of the cathedral of Nîmes. It is an exceptional opportunity to deepen our knowledge of this emblematic building of the city of Nîmes, by studying closely its elevations.

The archaeological study of the building of the cathedral of Nîmes was ordered by the Regional Conservation of Historic Monuments, with the support and the control of the Regional Direction of Cultural Affairs (DRAC Occitanie) in order to accompany the restoration works of this part of the building. 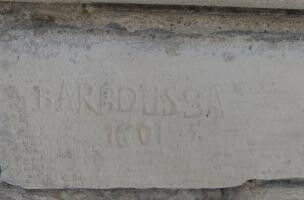 A cathedral in the heart of the medieval escutcheon

The Notre-Dame-et-Saint-Castor cathedral is located in the medieval city center of Nîmes, in the shape of a shield, surrounded by the line of boulevards created on the ditches of the urban enclosure. It is located about 300 m to the northeast of the ancient amphitheater and at the same distance to the west of the Maison Carrée. If the forms of occupation of this district during Antiquity are poorly known, the primitive cathedral is just as well, although the Christian community of Nîmes is attested as early as the second half of the 4th century. The building preserved today is partly from the 11th century, but it has undergone numerous renovations and reconstructions since the end of the Middle Ages, then during the modern and contemporary periods. The works undertaken by the architect Henri Révoil, in the 19th century have indeed deeply modified the monument. Since these major restorations, the western part of the cathedral has only been subject to occasional works. This situation, as well as the sanitary state of the building, motivate today the realization of restoration works and the study of this part of the building. The research focuses on the numerous vestiges of the architectural history of the monument, from the Romanesque cathedral, the additions of the Gothic and modern periods, the reconstruction of the 17th century following the Wars of Religion, up to the works of the contemporary period. They will allow the conservation and the enhancement of these elements during the restoration of the building.

The study, which follows the progress of the restoration work, focused in 2022 on the upper part of the bell tower. In particular, it allowed the analysis of the different parts of the construction, the traces of tools on the stones as well as the lapidary marks, such as the signs ’ + ’ and ’ Δ ’. The study also focused on three series of windows, rare examples of the flamboyant gothic style in the Languedoc. Dated, by their style and their homogeneous decoration, from the 15th century or the beginning of the 16th century, with occasional revivals, they are surmounted by a gable in accolade as well as pinnacles, and decorated with hooks with floral motifs. These elements, sculpted in soft limestone of the ’Beaucaire stone’ type, are very damaged and are the subject of reflection on the nature of the restoration. 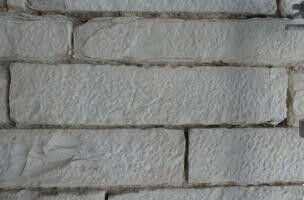 The study of the lower part of the bell tower and the western façade is to come...

In 2023 and 2024, the archaeological study will continue with the study of the lower part of the bell tower and the facade of the church, dated in part to the 11th century. It is notably decorated with a triangular pediment and a very beautiful sculpted frieze which illustrates different episodes of the Old Testament.