Arctic permafrost is a reservoir of resistance genes to certain antibiotics 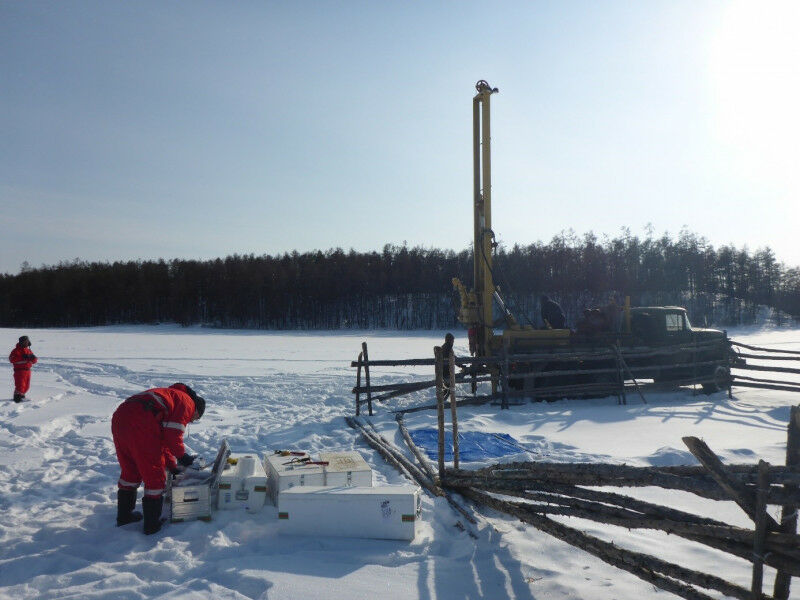 Global climate change is particularly noticeable in the Arctic since it is warming twice as fast as temperate regions. The permanently frozen ground makes up 90% of Siberia so that the melting of permafrost reactivates microbial populations that contribute to the emission of greenhouse gases and the periodic resurgence of zoonotic diseases. In this work published in the journal microLife, an international team, led at the French level by researchers from the Laboratory Information génomique et structurale (CNRS/Aix-Marseille Université), shows that they also constitute an enormous reservoir of antibiotic resistance genes, particularly beta-lactamases.

In 2014 and again in 2015, the laboratoire Information génomique et structurale had isolated and reactivated two viruses that remained infectious after 30,000 years of freezing in the Siberian permafrost. This first discovery had received great media attention, adding the possible release of "zombie" viruses dating back to the Neanderthal era to the already long list of disastrous consequences associated with melting permafrost: greenhouse gas emissions (CO2, methane), destruction of infrastructure and housing, coastal erosion, and resurgence of epidemics of the past (anthrax).

In order to comprehensively estimate the infectious hazards potentially associated with Siberian permafrost warming, the laboratory has surrounded itself with an international team ( North Eastern Federal University in Russia, and Alfred Wegener Institute to perform metagenomic analysis of various soil samples collected in the Yakutsk region and in Kamchatka. Metagenomics, consists of extraction of total DNA from soils, followed by massive sequencing performed at the Genoscope in Evry and its detailed characterization using bioinformatics methods. The detection of unknown possibly pathogenic microorganisms is thus performed safely, without them ever being cultured.

In this work, analysis of a massive amount (nearly 1000 billion nucleotides) of genetic data first revealed that microbial communities were highly variable from sample to sample, regardless of their temporal or geographic distance. But a more refined analysis, then revealed an unexpected property shared by these microbial communities: they are composed of bacteria that are certainly different, but most of which carry an enzyme causing the inactivation of penicillin-derived antibiotics, called --lactamase. The constant emergence of new versions of extended-spectrum --lactamases from the environment is a major public health problem, causing multidrug-resistant bacteria whose infections cause more than one million deaths per year. The significant proportion of beta-lactamase-carrying bacteria in soils untouched by human activity is completely unexpected and as yet unexplained.

In addition to the prehistoric viruses it harbors, permafrost thus appears to be a huge reservoir of antibiotic resistance genes that may be reactivated within contemporary bacteria when it thaws.

With this work, the inexorable melting of Siberian permafrost could lead to two risks for our societies: global warming and the return of infectious diseases that escape our therapeutic arsenal. A focused analysis on viruses, forming a small proportion of the detected microorganisms, is underway in the laboratory.

Women-specific mechanisms may contribute to tumor progression - 25.05
This site uses cookies and analysis tools to improve the usability of the site. More information. |