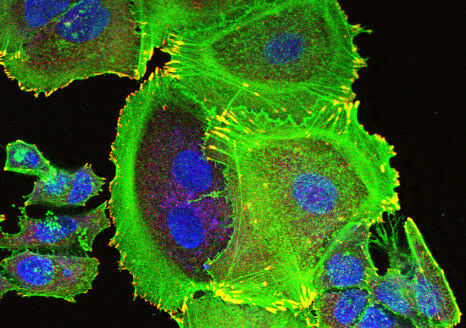 Researchers have demonstrated the role of a non-coding RNA [1] in the development of aggressive tumors, particularly in breast cancer. The study, conducted in collaboration between the Institut Curie, Inserm, CNRS, Institut Paoli Calmettes and Aix-Marseille University [2], has just been published in the journal Cell . These results could explain more broadly gender biases in the presentation of certain pathologies.

To achieve this result, the researchers studied the effects of XIST deletion in vivo. Several techniques were used for this purpose. Either we used genetic tools to block the expression of XIST, or we used CRISPR [ 3] techniques to interfere with the expression and we silenced the XIST gene,

The loss of XIST in the cell lines studied [4] has a significant effect on the homoeostasis [5] of the breast tissue and impacts tumour development. Raphaël Margueron points out that when tumors are studied and the properties of these tumors are examined afterwards, there is a tendency for XIST to be absent from the most aggressive breast tumors. As well as a reactivation of a certain number of inactive X genes.

Some reactivated genes and the transcript goes into overdrive

Among the genes reactivated by the loss of XIST, the researchers identified the gene coding for MED14, an essential subunit within the Médiator protein complex. It plays a role in the control of gene expression.

In conclusion, the loss of XIST leads to the reactivation of certain genes (on the inactive X chromosome) involved in cell differentiation and impacts the development of aggressive tumor cells. As this pattern is specific to the presence of two X chromosomes, these results will play a major role in the study of gender-related pathologies.

This study suggests that the expression of XIST as well as certain genes linked to the X chromosome could be used as markers for the development of new therapeutic strategies, 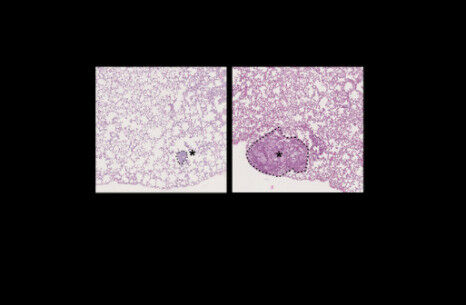 Consequently, an increase in MED14 expression will impact the activity of Médiator and contribute to the disruption of mammary stem cell differentiation [6] . This is potentially the result of increased enhancer activation (see FOCUS below).
The expression of genes is controlled by promoters but also by pieces of DNA, which can be quite distant from the gene and the promoter, called enhancers. There is communication between the enhancers and the promoters. The Médiator complex intervenes in this communication and allows the enhancers to finely regulate the expression of the genes. explains Raphaël Margueron.

[1] Pigmentation is a discipline that studies the mechanisms involved in the regulation of genes, which is essential for the action of cells and the maintenance of their identity.

[3] The CRISPR (Clustered Regularly Interspaced Short Palindromic Repeats) technique consists of interrupting or suspending the expression of a gene by targeting it in a precise manner.

[5] Maintenance of the balance between the internal and external environment.

[6] Differentiation is the ability of a cell to acquire its own function. A stem cell can become any cell (muscular, excretory, bone, etc.) but it is its location (thus its environment and the transcription factors found there) that will determine its fate.

Even at Low Doses, Exposure to the Endocrine Disruptor DEHP Impairs Tooth Development - 22.06

In France, one adult out of four is affected by some form of hearing loss - 17.06
This site uses cookies and analysis tools to improve the usability of the site. More information. |