In France, one adult out of four is affected by some form of hearing loss 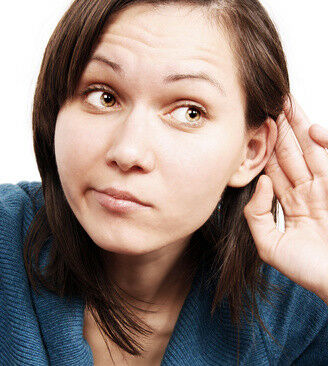 Hearing loss is a public health problem affecting billions of people in all countries. However, prevalence data (i.e., schematically, their frequency in the population), as well as data describing the use of hearing aids, remain imprecise. A new study conducted by a research team from Inserm and Université Paris Cité at PARCC (Paris Cardiovascular Research Center, unit Inserm Unit 970) [1] , in collaboration with the AP-HP and the Foch Hospital in Suresnes, shows for the first time that 25% of adults in France are affected by some form of hearing impairment. Disabling hearing loss, which is more severe, affects 4% of adults. This prevalence varies with age and according to other factors (standard of living, noise at work, cardiovascular pathologies...) which are described in the study. In addition, the scientists indicate that hearing aids remain largely under-used, especially among seniors. These results, which are based on data from thousands of participants from the Constances cohort, are published in the JAMA Open Network journal.

Approximately 1.5 billion people worldwide are affected by hearing loss and WHO projections suggest that by 2050 there will be 2.5 billion. This is a major public health issue, especially since hearing loss is associated with a deterioration in quality of life, isolation and social isolation and other health problems such as depression, cognitive decline and dementia.

They are most often derived from studies with small, unrepresentative samples of participants, from which it is complicated to draw generalizations, and from self-reported, unmeasured hearing loss data.

Constances is a large French epidemiological cohort, consisting of a representative sample of 220,000 adults aged 18 to 75 years at inclusion. Participants are invited to have a health examination every four years and to complete a questionnaire every year. Data from these volunteers are matched annually to the Health Insurance databases. This large cohort is supported by the National Health Insurance Fund and funded by the Future Investment Program.

The data collected concern health, socio-professional characteristics, health care use, biological, physiological, physical and cognitive parameters and allow us to learn more about the determinants of many diseases. constances.fr

The volunteers, aged 18 to 75, completed questionnaires about their demographic and socioeconomic characteristics, their medical history and that of their relatives, and their lifestyles. They also underwent a medical examination, between 2012 and 2019, including a hearing test.

Conversely, having a higher income or education level, living alone, and living in an urban area were associated with lower odds of hearing loss.

Hearing aid use was particularly low among the elderly (who are proportionately more affected by disabling hearing loss), men, smokers, and those with a high BMI.

This is the first time in France that a study on the prevalence of hearing loss and the use of hearing aids has been conducted on such a large and representative sample of the French adult population. This allows us to draw up a reliable assessment of the situation and to provide public decision-makers with the keys to effective solutions (such as hearing aids or cochlear implants) to deal with this major health problem," emphasize Quentin Lisan and Jean-Philippe Empana, who coordinated the study.

recruit.myScience
f
Share
Like
Related Stories
Health
Highly Effective Memory B Cells Localized in the Lungs - 28.06
A partnership agreement between the health insurance and three major players in higher education to promote access to rights and health for students - 28.06