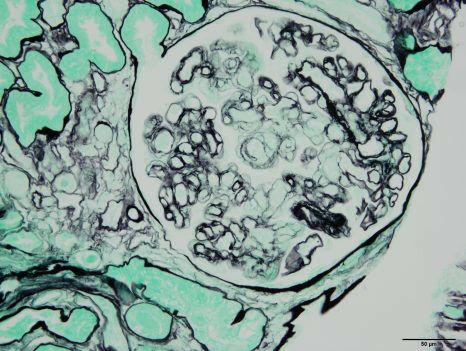 Although a kidney transplant is the only curative treatment for end-stage kidney disease, the risk of the patient’s body rejecting the graft means that success is not guaranteed. To reduce this risk, physicians are now able to look at a certain number of genetic and immunological parameters in order to evaluate the histocompatibility between donor and recipient - i.e. how compatible their organs and tissues are. Nevertheless, rejections continue to remain common, and many are unexplained. In a new study, researchers from Inserm, Université de Strasbourg and Strasbourg University Hospitals at Unit 1109 "Molecular Immunology and Rheumatology”, and their partners from the Laboratory of Excellence (LabEx) Transplantex, report that the MICA gene is a new histocompatibility gene, in that it helps to better explain and predict the success or failure of a kidney transplant. Their findings have been published in Nature Medicine .

Kidney transplant is currently the best way to treat patients with end-stage kidney disease. In France, an average of around 4,000 kidney transplants are performed each year (around 20,000 in the US). The kidneys mainly come from deceased donors, although the number of kidneys from living donors has been gradually increasing each year over the last two decades.

The possibility of rejection of the graft considered "foreign” by the recipient’s body is currently the main limitation of this procedure. While the use of immunosuppressant drugs [1] helps to reduce the risk, it does not eliminate it completely. "Chronic” rejection, which occurs over the years following the transplant, remains a major problem.

The discovery of the HLA system in the mid-20th century by French researcher Jean Dausset and his colleagues has enabled major advances. It is a set of proteins coded by the HLA genes - proteins which are present on the surface of our cells, particularly white blood cells.

However, even when donor and recipient HLA genes are compatible, unexplained transplant rejections still occur. This phenomenon suggests that other as yet unidentified histocompatibility genes may play a role.

A role for the MICA gene

Researchers from Inserm, Université de Strasbourg and Strasbourg University Hospitals and their partners from LabEx Transplantex were therefore interested in a gene discovered almost thirty years ago by Seiamak Bahram [2] who coordinated this new research.

This gene, called MICA, codes for a protein expressed on several cell types. Previous studies had already suggested that this gene was important in predicting the outcome of a transplant, but the numbers of patients studied were insufficient (among other methodological limitations) in asserting that it was a histocompatibility gene. Furthermore, these studies did not focus on the entire MICA system, that is to say on both genetics (histocompatibility) and the serological aspects (presence of anti-MICA antibodies in the recipient’s blood).

In this latest study, the team studied MICA in over 1,500 kidney transplant recipients and their donors. Analyses of the MICA gene sequences show that when recipients and donors have a different version of the gene, the survival of the graft is reduced.

These findings suggest that MICA is a relevant histocompatibility gene to consider when envisaging a transplant, and that testing for anti-MICA antibodies may also be useful in predicting the success or failure of the graft. They must now be validated in large-scale prospective studies in which MICA will be considered in the same way as classic HLA genes.

"Following this research, we can now consider the inclusion in routine clinical practice of MICA gene sequencing and the identification of anti-MICA antibodies in patients prior to transplantation to assess histocompatibility with the donor and post-transplant to improve the prevention of rejection. Finally, we also envisage studying the role of MICA in the transplantation of other solid organs, such as the heart, lung and liver,” emphasizes Seiamak Bahram.

[1] Treatments that limit the action of the immune system used in autoimmune diseases and transplants.

[2] University Professor-Hospital Practitioner, Director of Inserm Unit 1109 and LabEx Transplantex, and Head of the Department of Clinical Immunology Laboratory at Strasbourg University Hospitals.

recruit.myScience
f
Share
Like
Related Stories
Health
Highly Effective Memory B Cells Localized in the Lungs - 28.06
A partnership agreement between the health insurance and three major players in higher education to promote access to rights and health for students - 28.06

Even at Low Doses, Exposure to the Endocrine Disruptor DEHP Impairs Tooth Development - 22.06
Related Stories
Pharmacology
The faculty of pharmacy of Marseille celebrates its 50th anniversary - 20.06
Increased Ischemic Stroke Risk Associated with Certain Medications for Nausea and Vomiting - 24.03
This site uses cookies and analysis tools to improve the usability of the site. More information. |