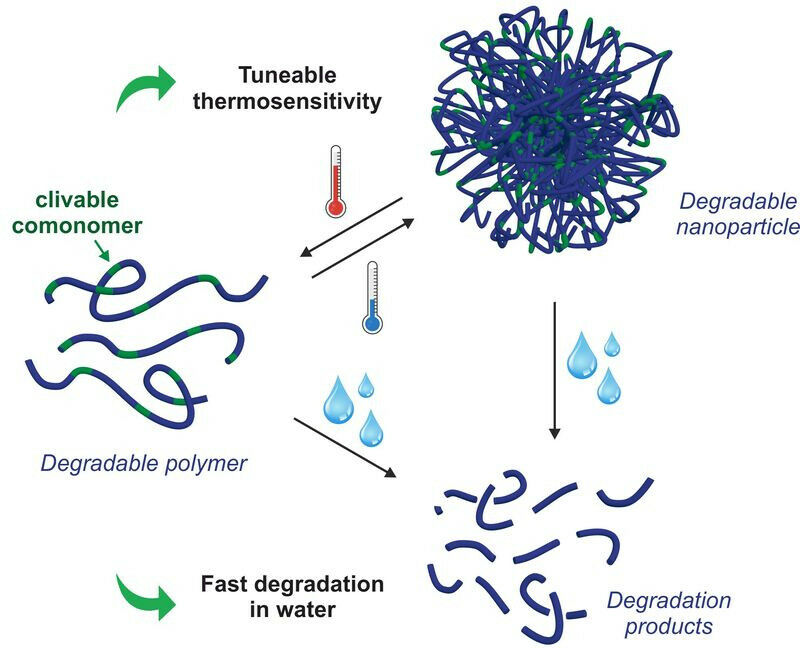 These new polymers , which can be thermosensitive, rapidly degrade under the effect of water. © Julien Nicolas

Vinyl polymers, commonly referred to as "plastics," are ubiquitous materials. They are extremely interesting for their ease of synthesis and their great diversity in terms of architecture and functionality. However, their non-degradability raises major environmental problems 1 , highly limiting their use in biomedical applications.

Thanks to a new polymerization technique 2 that can create macromolecules with a controlled and homogenous architecture, the team of Julien Nicolas 3 , a CNRS researcher at l’Institut Galien Paris-Saclay (CNRS/Université Paris-Saclay), has synthetized a very easily degradable polymer material. By inserting a fragile monomer 4 in polyacrylamide-a polymer widely used in many industrial sectors-the latter can, depending on the nature of the monomer added, either become water-soluble, or feature solubility that adjusts depending on the temperature, especially near that of the human body.

How degradable are they? In water they can degrade by over 70% in a week, as opposed to months and even years for today’s leading biodegradable polymers, such as PLA or PCL 5 .

Thanks to the characteristics of these new polymers and their ease of synthesis, the research team believes they can be used to administer medicine, namely by formulating these polymers as thermosensitive nanoparticles that can solubilize at the temperature of a human body. Such chemistry should also pave the way for degradable surfactants for water treatment via flocculation 6 , a process commonly used in potable water treatment plants. 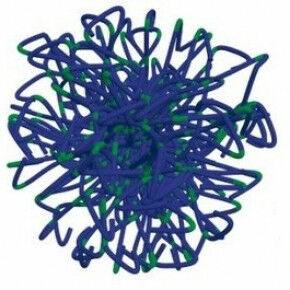 3 These results were obtained as part of the THERMONANO project led by Julien Nicolas, and financed by the European Research Council (ERC).

6 Flocculation is a process used in water treatment consisting of an agglomeration phase (possible thanks to the addition of a flocculant) and a decantation phase for the aggregates obtained. 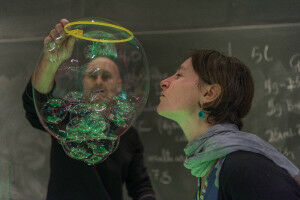