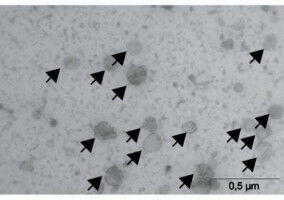 Immunotherapy: a new two-in-one weapon against resistant tumors
Pressing the gas pedal and lifting the brake at the same time is the innovative idea of Dr. Nicolas Manel, Inserm researcher and team leader at the Institut Curie (Immunity and Cancer Unit - Institut Curie, Inserm) to improve the response to immunotherapies. For several years, the researchers have identified a signaling pathway - STING - that is essential for accelerating the response to immunotherapies.
Pharmacology - Life Sciences - 28.11.2022
Development of a pentavalent vaccine against New World arenaviruses
Publication of the CIRI in the journal Nature Microbiology on January 5, 2023. Communication of the Institut Pasteur on January 6, 2023. A team from the Institut Pasteur, hosted at CIRI, has developed and successfully tested on a primate model a pentavalent vaccine against the five pathogenic arenaviruses circulating in South America.
Health - Pharmacology - 09.11.2022

Long COVID: A Dysregulated Immune Response Could Explain Symptoms Persistence
Several months after SARS-CoV-2 infection, some patients continue to have symptoms. This phenomenon, known as "post-COVID condition” or, more commonly, "long COVID”, remains poorly documented. In order to address this and improve patient care, research teams are trying to improve their understanding of the underlying biological and immunological mechanisms.
Pharmacology - Health - 04.10.2022

Chemotherapy: towards a simplified subcutaneous administration
The treatment of cancer is often based on intravenous chemotherapy, which is highly demanding and requires hospitalisation. One of the possibilities considered to alleviate this protocol is subcutaneous chemotherapy. Though much simpler to implement and more comfortable for the patient, it is impossible to practice as most of the active ingredients administered are irritant and vesicant - they stagnate in the subcutaneous tissue where they cause skin necrosis due to their high toxicity.
Health - Pharmacology - 28.06.2022
Highly Effective Memory B Cells Localized in the Lungs
How can we increase the efficacy of vaccines used to protect against viral respiratory diseases such as influenza and COVID-19? Scientists from Inserm, CNRS and Aix-Marseille Université at the Center of Immunology Marseille-Luminy are opening up new prospects in the field, with the triggering of memory B cells directly in the lungs looking to be a promising avenue.
Health - Pharmacology - 04.05.2022

Influenza: A New Avenue for Developing Innovative Treatments
Seasonal influenza is a major public health issue because it continues to remain associated with considerable mortality, particularly among people who are elderly, immunocompromised, or both. It also has a significant socioeconomic cost. With vaccination and current treatments still being of limited efficacy, research teams are trying to develop new therapeutic approaches.
Health - Pharmacology - 20.04.2022

Infertility: New Avenues to Understand the Harmful Effects of Chemotherapy
Infertility is a public health problem affecting millions of couples in France. Among the possible causes, chemotherapy has been singled out as having particularly harmful effects on the fertility of both women and men. In order to better prevent and restore fertility in cancer survivors, understanding the mechanisms behind these negative effects is a priority.
Health - Pharmacology - 12.04.2022

HIV: The Antibodies of ’Post-treatment Controllers’
A very small percentage of people with HIV-1, known as "post-treatment controllers” (PTCs), are able to control their infection after interrupting all antiretroviral therapy. Understanding the fundamental mechanisms that govern their immune response is essential in order to develop HIV-1 vaccines, novel therapeutic strategies to achieve remission, or both.
Life Sciences - Pharmacology - 11.04.2022
Epigenetic treatments: New allies for chemotherapies?
If genetics is interested in gene sequencing, epigenetics studies how genes are going to be used, or not used, by a cell. The epigenome of a cell represents the set of chemical modifications of the DNA or associated proteins that will determine the expression of the genes and thus the cell's identity.
Pharmacology - Health - 24.03.2022
Increased Ischemic Stroke Risk Associated with Certain Medications for Nausea and Vomiting
Every year in France, 140,000 people have a stroke 1 . Around 80% are ischemic strokes or cerebral infarctions, which occur when a brain artery is obstructed by a blood clot. Studies have shown that the risk of ischemic stroke is increased by the use of antipsychotics: medications with antidopaminergic 2 properties that are commonly prescribed in psychiatry.
Health - Pharmacology - 21.03.2022

COVID-19: ’Reactive’ Vaccination, Effective in Case of High Viral Circulation?
Although the majority of its population is fully vaccinated, the virus continues to actively circulate in France. As health restrictions are being lifted, fears of a resurgence of the epidemic and of the emergence of new more contagious variants are leading scientists to consider new strategies to continue to promote vaccination among populations that remain hesitant.
Health - Pharmacology - 14.03.2022 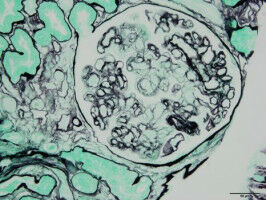 MICA: A New Immune Response Gene That Predicts Kidney Transplant Failure
Although a kidney transplant is the only curative treatment for end-stage kidney disease, the risk of the patient's body rejecting the graft means that success is not guaranteed. To reduce this risk, physicians are now able to look at a certain number of genetic and immunological parameters in order to evaluate the histocompatibility between donor and recipient - i.e. how compatible their organs and tissues are.
Health - Pharmacology - 28.02.2022 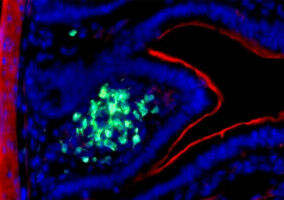 Discovery of an innate immunological memory in the intestine
The innate immune system plays a crucial role in regulating host-microbe interactions, and especially in providing protection against pathogens that invade the mucosa. Using an intestinal infection model, scientists from the Institut Pasteur and Inserm discovered that innate effector cells - group 3 innate lymphoid cells - act not only during the early stages of infection but can also be trained to develop an innate form of immunological memory that can protect the host during reinfection.
Health - Pharmacology - 24.02.2022

Better Understanding the Role of a White Blood Cell Type in SARS-CoV-2 Immune Response
Although the response of various immune cells to SARS-CoV-2 infection has been relatively well studied, that of basophils (a category of white blood cells) had not been characterized yet - mainly because of their rarity in that they represent around 0.5% of the body's white blood cells. In a new study, researchers from Inserm, Sorbonne Université, Université de Paris, CNRS, Institut Pasteur and Efrei describe how basophils respond to SARS-CoV-2 infection.
Health - Pharmacology - 17.02.2022

Defeating leukaemia cells by depriving them of energy
Selective activation of the AMPK enzyme would lead to the death of leukaemia cells (in purple in this image). Jérôme Tamburini / UNIGE High resolution pictures A Swiss-French team that includes scientists has discovered how to trigger apoptosis in leukaemia cells by disrupting their energy maintenance mechanism.
Health - Pharmacology - 11.02.2022 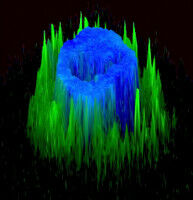 A Novel Immunotherapy Approach Redirects Epstein-Barr Antibodies toward Disease-Causing Cells
Monoclonal antibody therapy can be very effective in treating numerous illnesses, such as cancers, chronic inflammatory conditions, and infectious diseases. However, it is costly and uses molecules that are complicated to produce. Therefore, it is essential to identify new therapeutic alternatives so that as many patients as possible get the treatments they need.
Health - Pharmacology - 03.02.2022

Cancer Treatment: Identification of the Blood Vessels That Allow Killer Lymphocytes to Access and Destroy Tumors
Microscopic visualization of lymphocytes ( in green ) infiltrating a tumor HEV ( in red ) during combination anti-PD-1 plus anti-CTLA-4 immunotherapy. The white arrow indicates a lymphocyte that is leaving the bloodstream and entering the tumor ( Immunotherapy, a therapeutic strategy aimed at increasing the activity of the immune system in order to recognize and destroy cancer cells, has revolutionized cancer treatment over the past decade.
Health - Pharmacology - 01.02.2022

Improvement in the Health of Two Infants with Severe Disharmonious Overgrowth Syndromes
Disharmonious overgrowth syndromes are rare genetic diseases associated with a PIK3CA gene mutation. Since 2016, a team of researchers from Inserm, Paris Public Hospitals Group (AP-HP), Université de Paris, the Disharmonious Overgrowth and Vascular Abnormalities Unit of Institut Necker-Enfants Malades and the clinical departments of Hospices Civils of Lyon has demonstrated the therapeutic efficacy of alpelisib, a molecule used to fight certain cancers, in treating a group of children and adults with severe forms of these diseases.
1 2 Next »